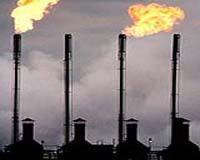 Energy poses one of the greatest threats facing humanity this century, the world's leading academies of science warned Monday, highlighting the peril of oil wars and climate change driven by addiction to fossil fuels.

Nations must provide power for the 1.6 billion people who live without electricity and wean themselves off energy sources that stoke global warming and geopolitical conflict, the scientists demanded.

"Making the transition to a sustainable energy future is one of the central challenges humankind faces in this century," they said.

Their report, "Lighting the Way: Toward A Sustainable Energy Future," is published by the InterAcademy Council, whose 15 members include the national science academies of the United States, Britain, France, Germany, Brazil, China and India. Read More

Posted by Unknown at 4:21 PM No comments: 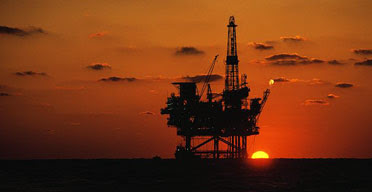 · Output peaked in 2006 and will fall 7% a year
· Decline in gas, coal and uranium also predicted

World oil production has already peaked and will fall by half as soon as 2030, according to a report which also warns that extreme shortages of fossil fuels will lead to wars and social breakdown.

The German-based Energy Watch Group will release its study in London today saying that global oil production peaked in 2006 - much earlier than most experts had expected. The report, which predicts that production will now fall by 7% a year, comes after oil prices set new records almost every day last week, on Friday hitting more than $90 (£44) a barrel.
Read More
Posted by Unknown at 5:49 AM No comments:

An energy crisis could pose security risks for Australia by pushing fragile states in the region towards collapse, a report has warned.
The Australian Strategic Policy Institute said in the report that such a threat should be factored into foreign and defence policy.
It said the increasing dependence of the world on energy from unstable regions like the Middle East meant obtaining an adequate supply of affordable energy would become a bigger part of most nations' security plans.
"Australia's self-sufficiency in oil products is declining markedly, and like most other Asia-Pacific states, Australia will become increasingly dependent on imports from the Middle East in the next decades," the document said.
The institute said that Australia's smaller neighbours would be most vulnerable if energy supplies were threatened.
"Most of the fragile states in the Asia Pacific are completely dependant on energy imports, and would have little economic resilience in the face of such a major shock. Read More

Posted by Unknown at 4:29 PM No comments: