Utility companies can benefit considerably from the utilization of concentrating solar power (CSP) and available energy storage methods, a new study from the US Department of Energy’s National Renewable Energy Laboratory (NREL) has found.

A CSP that possesses a 6-hour storage capacity works well to lower peak net loads for the part of the day when the sun isn’t shining. That’s “enough to add $35.80 per megawatt hour to the capacity and operational value of the utility, compared to photovoltaic (PV) solar power alone, and even higher extra value when compared to CSP without storage. The net load is the normal load minus variable renewables such as photovoltaic and wind.”

The thermal storage creates additional value because it allows CSP to replace the gas-fired generation that is used during peak loads and is more expensive, and also because it works to even out the solar power generation throughout the day, rather than a big bump during the day and big drop-off at night.

This study is one of the first where “the operational and capacity value of CSP with thermal storage has been evaluated using a production cost model, a traditional utility planning tool,” NREL writes.

The researchers used Energy Exemplar’s PLEXOS simulation model to specifically isolate the value of thermal energy storage (TES) with and without storage relative to other generation methods.

“We’ve known for a long time that CSP with storage adds significant value, however, we are now able to quantify this value in the language utilities understand,” said Mark Mehos, manager of NREL’s Concentrating Solar Power program. More

Given the amount of solar energy that SIDS and many tropical and sub-tropical countries have this is a most logical policy. Editor

Forecasts are not destiny, but when created by informed people they can represent our best guess about the future.

In the case of the latest report by theInternational Energy Agency (IEA), it would be great to prove the forecasters wrong, because what they predict is not very appetizing: BY 2017, the world could burn 1.2 billion additional tons of coal per year, mostly thanks to growth in India and China. This would mean that coal is catching up with oil as an energy source, with 2017 "global coal consumption [standing] at 4.32 billion tonnes of oil equivalent (btoe), versus around 4.40 btoe for oil."

Equivalent to Current Coal Consumption of Russia and U.S. Combined 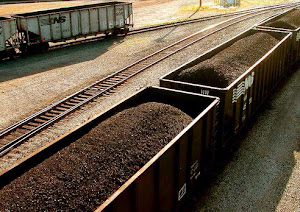 Since 1 ton of coal produces 2.86 tons of CO2 when burned (because each carbon atom combines with 2 oxygen atoms from the atmosphere), this would mean an additional 3.4 billion tons of CO2 produced just from this extra coal. Definitely not a good scenario; we shouldn't run large scale experiments with our planet's atmosphere, it's our only life support system and the less we mess with it, the better.

Even the lower demand for coal in the U.S. because of low natural gas prices is just shifting the problem (though only partially):

"As US coal demand declines, more US coal is going to Europe, where low CO2 prices and high gas prices are increasing the competitiveness of coal in the power generation system. This trend, however, is close to peaking, and coal demand by 2017 in Europe is projected to drop to levels slightly above those in 2011, due to increasing renewable generation and decommissioning of old coal plants."

What we truly need is clean energy innovation and investment. We have so many ways available to speed up the transition to clean energy, we just need to implement them with much more urgency! More

Posted by Unknown at 3:56 PM No comments:

Subscribe
153,743
Uploaded on Aug 14, 2011.
A renowned visionary committed to renewable energy, Jigar Shah launched SunEdison in 2003 based upon a business plan he developed in 1999. That plan became the basis of the SunEdison model: Simplify solar as a service. Shah was tapped by Virgin mogul Richard Branson to head up the Carbon War Room, which harnesses the power of entrepreneurs to implement market-driven solutions to climate change.

In the spirit of ideas worth spreading, TEDx is a program of local, self-organized events that bring people together to share a TED-like experience. At a TEDx event, TEDTalks video and live speakers combine to spark deep discussion and connection in a small group. These local, self-organized events are branded TEDx, where x = independently organized TED event. The TED Conference provides general guidance for the TEDx program, but individual TEDx events are self-organized.* (*Subject to certain rules and regulations)

Posted by Unknown at 3:41 PM No comments:

When a British energy minister argued that wind turbines generate a "mere trickle of non-storable energy", some eyebrows were raised.

Sure, there are challenges to shifting to clean energy, but with renewables providing an ever larger slice of the energy pie and with a number of studies showing 100% renewable energy is possible with today's technologies, his arguments were at best outdated, and at worst a severe case of misrepresentation and denial.

Now Science Daily reports on a study from the University of Delaware and Delaware Technical Community College adds weight to this thesis, suggesting that wind and solar could power the grid 99.9% of the time if combined with a certain amount of energy storage and fossil fuel backups for the rare occasion that clean energy alone was not enough.

Using computer modeling, the researchers explored 28 billion combinations of renewables and storage mechanisms, each tested with four years of weather and energy demand data. The results were encouraging, and because the study focused not just on matching supply with demand, but rather achieving the most cost effective solutions, it revealed some rather useful findings. Most notably, that it is cheaper to over-build generation capacity to a point where there is excess supply on sunny or windy days, and still an adequate direct supply when demand is high but wind or sun are in short supply. Storage was still an important part of the puzzle however, as Science Daily explains:

During the hours when there was not enough renewable electricity to meet power needs, the model drew from storage and, on the rare hours with neither renewable electricity or stored power, then fossil fuel. When there was more renewable energy generated than needed, the model would first fill storage, use the remaining to replace natural gas for heating homes and businesses and only after those, let the excess go to waste.

The study used cost estimates for renewables in 2030, that showed wind and solar at roughly half the installation price they are today, with maintenance costs remaining roughly constant. As far as I can tell, it didn't even get into the potential for radical energy and resource savings through ideas like embracing bright green cities or dematerializing the economy either.

Having just got into a heated twitter "discussion" with another naysayer who feels that fracking to avoid economic calamity is our only option, I must once again call BS. More