The debate over rooftop solar has grown increasingly contentious, pitting solar PV companies against utilities in many parts of the country. But nowhere has the debate been more heated than in sunny Arizona, where many customers have flocked to rooftop solar as prices have come down in recent years. Most recently, utility Salt River Project (SRP) has introduced a demand charge for solar customers. 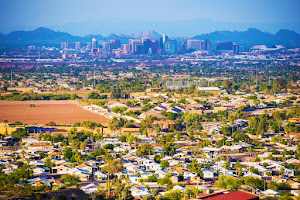 Already common among commercial rate structures but much less so among residential, a demand charge is a component of the overall bill based on a customer’s maximum demand (kW) each month, in addition to more-traditional charges based on total consumption (kWh).

SRP argues that it needs to recover costs from its solar customers that they impose on the grid through high demand. The utility position is that solar customers use the grid in much the same way as non-solar customers, and impose similar costs. Yet traditional rates coupled with existing net energy metering (NEM) riders mean that solar customers pay much less per month than other customers. SRP’s new rate is designed to recover the difference by imposing a charge on a customer’s peak demand each month, which generally occurs after the sun sets.

However, solar companies and others claim that this pricing structure is unfair. The largest PV developer in the U.S., SolarCity, has sued the utility, arguing that SRP is practicing anti-competitive behavior. In any case, whether the new rate is fair or unfair, it means that the PV market is growing much more slowly in SRP than it was a year ago; interconnect requests have More

A recent press release from Canadian-owned utility Fortis TCI, contradicting an earlier pronouncement by the Rufus Ewing-led government that the company was considering a change in part from inefficient diesel generation to renewable or green energy, has reopened debate on a number of related issues, including the cost of electricity in the TCI and the relationship between successive TCI governments and Canadian firms.

Fortis Inc. is the largest investor-owned gas and electric distribution utility in Canada. Its regulated utilities account for 90 percent of total assets and serve more than 2.4 million customers across Canada and in New York State and the Caribbean – Belize, Cayman Islands and the TCI.

In 2011, the government of Belize expropriated the approximately 70% ownership interest of Fortis Inc. in Belize Electricity Ltd (BEL) an integrated electric utility and the principal distributor in Belize.

Fortis still owns Belize Electric Company Limited (BECOL), a non-regulated hydroelectric generation business that operates three hydroelectric generating facilities in Belize. There is an ongoing controversy over a secret and possibly unenforceable agreement between the then government of Belize and Fortis over alleged pre-emption rights in relation to national waterways.

In 2013, in opposing a proposed $1.5 billion acquisition of CH Energy Group in New York, a local grassroots group pointed to what they say is Fortis’ poor record in dealing with projects in Belize and British Columbia and citing "misinformation and a lack of trust" on the part of Fortis.

Meanwhile, Fortis TCI has possibly the highest cost of electricity in the western hemisphere and five times higher than those charged by the closest mainland utility Florida Power and Light (FPL). Further, the company returns to its Canadian parent a profit averaging $1,000 per year per household from a customer base numbering only 9,000 consumers, which equates to more than $80 per month per household in pure profit.

Notwithstanding the extraordinarily high profit margins enjoyed by Fortis, the company is permitted to import supplies and equipment duty free and constantly upgrades its distribution system in order to lower its long term costs.

While the internal operating statements of Fortis TCI have yet to be made public, it has long been suspected that the utility uses accelerated depreciation to write off capital expenditures quickly and therefore reduce their publicly reported profits. US accounting practices require that capital equipment and assets be depreciated more closely in line with the life expectancy of the asset, reducing the annual write off and therefore showing a more accurate, and possibly higher net profit.

The latest Fortis policy on renewable energy sources puts a halt to the hope of generating power from wind energy from the prevailing trade winds or from solar panels.

Fortis defended its new position on a reported failure of German green power efforts. However, Germany is a northern European country with far less solar energy available, which in spite of huge labour costs and social benefits is now expected to raise its electricity rates to less than $0.09 per Kwh or just 1/6th the cost of Fortis power.

Fortis purchased the former assets of Provo Power Company (PPC) in 2006, three years after the PNP came to power in a 2003 by-election. At the time of the purchase, then premier Michael Misick denied any knowledge of the buyout saying he had nothing to do with the buyout and could not forecast the fate of the employees. However, the stamp duty on the purchase would have yielded the country upwards of $9 million and was subject to negotiation with the Misick government and undoubtedly Misick himself.

At the time of the buyout, PPC was charging $0.26 per Kwh and now Fortis charges an additional surcharge that almost doubles the old rate to $0.51 per Kwh.

Following the initial Fortis buyout in 2006, the Misick government, which then included current premier Dr Rufus Ewing as director of medical services, proceeded to enter into a hugely expensive and controversial healthcare contract with another Canadian company, Interhealth Canada.

Interest in the Misick connection with Canada has also been revived by some so far unconfirmed but informed reports that he may be a person of interest so far as the Canadian authorities are concerned.

Speculation that the Canadians may have had a hand in Misick’s travel back to the TCI following his recent extradition from Brazil has led to questions as to whether this was designed to protect or pursue significant political and other figures in Canada.

In fact, Canadian interest in the TCI has been around since 1917, when then Canadian prime minister Robert Borden suggested that Canada annex the islands. In 2004, Nova Scotia’s three parties voted unanimously to let the TCI join their province if they ever became part of Canada.

As recently as last year, Canadian MP Peter Goldring wanted to revive the proposal for the TCI to join Canada, following the return of elected self-government in the territory in November 2012.

Goldring has been a consistent advocate of increased cultural and economic ties between the TCI and Canada for more than ten years but the idea was dropped when Britain imposed direct rule in 2009, following a commission of inquiry that uncovered widespread and systemic government corruption in the territory.

Goldring, who has visited the islands several times, said they would fit in nicely with the rest of Canada.

But Canada stands to gain more than simply a vacation destination from such a union, he said: "From my perspective, certainly it goes far behind sun and sand. South Caicos Island, for example, is on a deep water channel. It could be readily developed into a deep-water port, which would give Canada tremendous advantage for trans-shipment throughout the entire region."

He added the islands would be a strategic location from which to increase engagement with Haiti and Cuba.

Millions of reasons to preserve mangroves

Canadian Supreme Court Rules Against Chevron and in Favor of Ecuadorians

The law has finally caught up with Chevron. 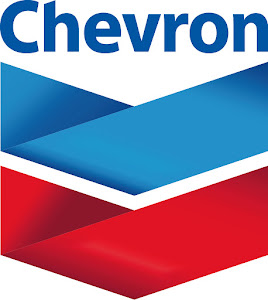 Today's unanimous decision from the Supreme Court of Canada opens the door for Ecuadorian indigenous and farmer communities to enforce their $9.5 billion USD verdict against Chevron and is a major victory for human rights and corporate accountability.

Chevron's deliberate dumping of 18 billion gallons of toxic waste water and 17 million gallons of crude into the Ecuadorian Amazon created a massive health crisis and remains one of the worst oil-related environmental crimes in history. After being found guilty of its drill and dump tactics in Ecuador, Chevron has been on the run, spending billions on retaliatory legal attacks seeking to delay justice rather than fulfilling its legal obligations to carry out a full-scale environmental clean-up and provide potable water and health care to the communities it poisoned.

Chevron's $15 billion USD in Canadian assets are more than enough to satisfy the verdict, and the Canadian court's decision to allow the Ecuadorian rainforest communities to pursue action to collect their verdict is a significant step towards justice long denied. The verdict should be a major wake-up call to Chevron shareholders and senior management that despite spending billions to make this issue go away, the company faces major risk to its assets and brand in Canada and beyond. Rather than spend hundreds of millions more on legal fees in Canada to delay justice further, it's time for Chevron to finally do the right thing. More