BRIDGETOWN, 28 October 2015 - The Caribbean Centre for Renewable Energy and Energy Efficiency (CCREEE) was today inaugurated during a ceremony held in the capital of Barbados.

This follows the decision of the 36th Regular meeting of the heads of Government of the Caribbean Community (CARICOM) to establish the centre as a regional implementation hub, with Barbados as the host country. The regional centre was developed and promoted by the CARICOM Secretariat in close partnership with the Small Island Developing States Sustainable Energy and Climate Resilience Initiative (SIDS DOCK) and the United Nations Industrial Development Organization (UNIDO).

Financial support is being provided by the governments of Austria and Germany. CCREEE will be part of a wider network of regional sustainable energy centres for Small Island Developing States (SIDS) in Africa, the Caribbean, Pacific and Indian Ocean. Freundel Stuart, Prime Minister of Barbados and Chairman of the Conference of Heads of Government of CARICOM, stressed that the urgent establishment of the centre was in line with the region’s strategic goals and focus on sustainable development. Confirming his country’s support for the centre, he added that “the CCREEE will act as a regional hub and think-tank for sustainable energy issues and activities in the region”.

Ambassador Irwin LaRocque, Secretary-General, Caribbean Community (CARICOM), said: “The centre’s main role will be to assist CARICOM Member States in implementing the Caribbean Sustainable Energy Roadmap and Strategy (C-SERMS), as well as their respective national energy strategies and targets. The centre is an important contribution of CARICOM to the upcoming Climate Summit in Paris.”

Ambassador Vince Henderson, Chairman of SIDS DOCK, added: “We consider CCREEE and the wider network of centres for Small Island Developing States to be an essential contribution to make the Sustainable Energy for All initiative a reality for our economies and societies. The centres are expected to cooperate closely on the SIDS-SIDS energy agenda and will form not only a strong advocacy, but also a strong cooperation group.”

Pradeep Monga, UNIDO Director and Special Representative of the Director General on Energy, called “CCREEE a critical mechanism for up-scaling national efforts, particularly in the areas of project execution, capacity development, and knowledge and data management, as well as investment and business promotion, within the sustainable energy sector”.Ambassador Mikael Barfod, Delegation of the European Union to Barbados and the Eastern Caribbean, highlighted the creation of CCREEE as a major milestone and pledged support for the initiative.

According to Martin Ledolter, Managing Director of the Austrian Development Agency (ADA), “the centre will empower local people within the Caribbean to benefit from the growing global sustainable energy markets and participate in the emerging opportunities for south-south and north-south technology and knowledge transfer”.

The inauguration of CCREEE will also be part of the Caribbean Energy Week, which will be observed across the region from 8 to 14 November under the theme “EmPOWERING our Sustainable Development”.” More

© Climate War Room
Posted by Unknown at 9:14 AM No comments:

What’s at Stake in an Economy with Low Oil Prices

In the past, low oil prices have been seen as a boon, particularly at the gas pump. They’ve been credited with boosting economies and stirring growth. But recently oil prices have dropped so low that warning bells rippled through global markets, and they remain volatile. What does all this mean for countries and companies? How big is the risk? 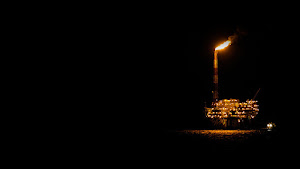 For answers, I talked to Ian Bremmer, president of Eurasia Group and author of Superpower: Three Choices for America’s Role in the World. An edited version of our conversation is below.

HBR: Do you see sustained low oil prices as a risk? How so, and how large?

Bremmer: Markets have been diving on low oil prices recently not because the traditional understanding is broken; it is still true that low oil prices are good for the U.S. economy as well as for Europe, China, India. All of these consumers are going to benefit. The problem is that the IMF has been downgrading growth. They’re concerned about monetary supply, a Chinese slowdown, crises around Europe, and also that U.S. growth is not quite as robust as you’d like it to be.

The risks in lower energy prices have a lot more to do with sustainability of some of the governments around the world that are really dependent on commodity revenues for their own legitimacy and power. Venezuela is going to default in the next six months if the Chinese don’t find the wherewithal to bail them out significantly. Russia, as a big oil producer, is feeling real strains — nothing destabilizing yet, and Putin is in total control, but taxes and inflation are going up. Nigeria is going to need a new IMF program.

Most worryingly, of course, are the petro states in the Middle East and the emerging-market producer countries with brittle institutions that are trying to stay stable when the one thing that provided them legitimacy — the ability to write really big checks — is falling apart. Plus, we have Iranian sanctions coming off, which is going to lead to a lot more Iranian production, a lot more Iraqi production, and more Libyan production. These prices are going to stay low for some time. This is structural.

There has been hand-wringing about a possible connection between sustained low oil prices and the risk of another global recession. Could oil prices actually be driving increased risk of a slowdown?

I don’t think so. I know people say that every 7–8 years on average we’ve had a recession in the postwar era, and the last one was in 2008, so we’re due. People see all of the economic constraints in growth around the world. These gain some momentum in the news, then seeing oil prices dive makes people grow more negative. But that’s very different from saying we’re on the cusp of another global recession, and it doesn’t feel like we’re entering that kind of environment right now, oil prices or no.

Do you think lower oil prices could slow the transition away from fossil fuels, the demand for electric vehicles, the shift to wind and solar, and other renewable sources of energy?

Clearly, the shift in price pushes out the date that you expect these things to really expand and become large market participants globally, but I don’t think there’s any possibility the transition to renewables will just stop or slow dramatically. We’re well beyond that point. Governments around the world are very much onboard with the notion of climate change and believe that it’s going to get worse. Industrial renewables are still going to be huge.

Keep in mind that if you’re China, you need everything. The growth and energy demand in China is immense. They’re investing more in nuclear than anyone around the world. They’re not going to stop doing that because energy prices are low. They know they need it. They’re going to do huge amounts of wind, a huge amount of solar, and that’s going to continue to drive a lot of research and to generate technological benefits in the economy as well.

In your tweets and commentary from Davos, you remarked on something called the “Fourth Industrial Revolution.” How is this connected to what’s going on with oil?

By the “Fourth Industrial Revolution,” people mean things, like automation and AI and genomics and 3D printing, that are going to transform every sector and take jobs out of economies. Most people I spoke to at Davos thought that this transformation would happen within 10 years, that we’ll see dramatic changes in the way we think about these sectors and in labor.

I generally agree, but the revolution is already hitting energy, right now. Seems like just yesterday we thought we had peak oil, we thought we were running out, that it was in the hands of traditional producers. Suddenly, overnight, it’s in the hands of a number of entrepreneurs unleashed on the U.S. market. Within the course of just a few years, frackingwent from being viewed as never-going-to-happen to a world-changing technology.

America is now the largest energy producer in the world. The problem is, if you’re Saudi Arabia, it’s not labor that makes your economy work, it’s oil. A year ago, if you talked to Saudi leaders, they would have told you, “Oh, this is a pipe dream,” pardon the pun. They didn’t prepare for this over the past decades when times were good. Now time has suddenly turned against them very quickly. For them, this Fourth Industrial Revolution is not only disruptive, it’s disruptive in a big way, immediately. More

© Climate War Room
Posted by Unknown at 2:16 PM No comments: