Geologist: In Terms of Supply and Demand, the Oil Peak Is Past

Jeffrey Brown is an independent petroleum geologist and analyst, who also manages an exploration program in West Texas. He has a major interest in the subject of "Peak Oil" and has used mathematical models to project a very grim future for the world's oil supply. We caught up with Jeffrey at his office outside Dallas.

Eli Neusner, reporter, You've published some controversial research in the past. What is the gist of your analysis?

Jeffrey Brown, petroleum geologist (Brown): The basic thrust of my research is that the world has already arrived at Peak Oil - which is a condition in which the worldwide supply of oil cannot keep up with demand. We have used proven mathematical models to show that the top five net oil-exporting countries - which are Saudi Arabia, Russia, Norway, Iran and the United Arab Emirates, and which account for one-half of current world net oil exports - are showing an ongoing decline in net oil exports, continuing a trend that began in 2006. To give you an idea of where we're headed, Mexico - another former top producer - will see its oil exports hit zero in 2010.
More >>>
Posted by Unknown at 9:54 PM No comments: As petrol prices reach record levels, the maker of an award-winning Swiss film on peak oil talks to Swissinfo about an issue which is affecting everyone, everywhere.

(15/08/08) - Described as "one of the most frightening films you are ever likely to see" by British newspaper The Guardian, "A Crude Awakening" is essential viewing for anyone wanting to understand the current crisis and why the future is far from rosy.

The documentary, known as "The Oil Crash" outside English-speaking countries, argues that we are moving from a period of cheap, abundant energy to a period of expensive, hard-to-get energy. Since not only politicians but almost everyone - business, the oil multinationals - have failed to anticipate the problem and invest in alternative energy sources, it's going to hurt.

Wars over resources, inflation, economic slowdown, food shortages and a collapsing airline industry are just some of the expected consequences of an addicted world being forced to wean itself off oil.

"A Crude Awakening," which won the Zurich Film Prize in 2006 and has been distributed in more than 20 countries, was made by Swiss journalist Basil Gelpke and Irish-born filmmaker Ray McCormack, who has lived in Zurich since 2000. More >>>

Posted by Unknown at 3:35 PM No comments: 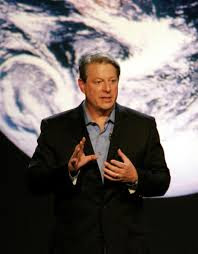 A detailed framework has been released online at http://www.postcarbon.org to serve as a guide for policy makers, citizens, and businesses.

“Climate Change is the greatest environmental crisis that humanity has ever faced, but it is not the only serious challenge confronting us. There is a simultaneous 'source' problem, known as peak oil, arising from the depletion of the fuels we are burning, particularly petroleum.

The solution to both climate change and peak oil is to develop renewable sources of energy, to use less energy, to use energy differently—and to make this shift as rapidly as possible," said Richard Heinberg, Senior Fellow, Post Carbon Institute.

"Al Gore’s ambitious goal provides a national focus and call to action. Now what’s needed is a clear-sighted plan for achieving it, one that recognizes the complex issues of energy depletion, the vulnerability of the supply chain and the limits of technology. We are taking up Gore’s call and presenting a powerful framework to realize this vision, a vision that would revitalize America and make it genuinely sustainable." More >>>
Posted by Unknown at 1:20 PM No comments:

The current use of mythology in politics is not really new—it has been a tool of politicians for many, many years. For example, gasoline prices shooting beyond four dollars a gallon has paved the way for loud shouting by those pols who side with the oil companies and who are calling for more oil drilling in heretofore prohibited areas in America and off our shores.

Open the ANWR for drilling and our energy problems will be solved, is one of President Bush’s favorite war cries. He has always done what he could for his friends in the oil industry, in particular by very recently canceling an executive order prohibiting drilling in certain offshore areas, claiming, he says, that it will solve our energy problems. More >>>