Watch CBS News Videos Online
Posted by Unknown at 8:32 AM No comments:

For decades, climatologists have studied the gases and particles that have potential to alter Earth's climate. They have discovered and described certain airborne chemicals that can trap incoming sunlight and warm the climate, while others cool the planet by blocking the Sun's rays. 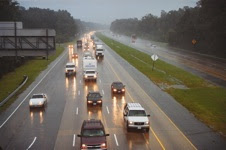 Figure 1. Motor vehicles give off only minimal amounts of sulfates and nitrates, both pollutants that cool climate, though they produce significant amounts of pollutants that warm climate such as carbon dioxide, black carbon, and ozone. Credit: NASA's Langley Research Center
+ Larger image

Each part of the economy, such as ground transportation or agriculture, emits a unique portfolio of gases and aerosols that affect the climate in different ways and on different timescales.

"We wanted to provide the information in a way that would be more helpful for policy makers," Unger said. "This approach will make it easier to identify sectors for which emission reductions will be most beneficial for climate and those which may produce unintended consequences."

In a paper published online on Feb. 3 by the Proceedings of the National Academy of Sciences, Unger and colleagues described how they used a climate model to estimate the impact of 13 sectors of the economy from 2000 to 2100. They based their calculations on real-world inventories of emissions collected by scientists around the world, and they assumed that those emissions would stay relatively constant in the future. More >>>

A report out of Britain funded by Virgin Airlines owner Richard Branson and other British business leaders warns that peak oil is looming in 2015. The controversial idea that growing oil demand will soon outstrip more finds is capturing the attention of governments.

London - Long-accustomed to being dismissed as alarmists, the arguments of those warning of an impending peak oil crisis are now being bolstered by support from multi-billionaires like Richard Branson.

A major report funded by the Virgin Airlines owner and other British business leaders warned this week that the world is running out of oil and predicts shortages and price spikes as soon as 2015. A future of painful hikes in the cost of food, heating, and travel in a world unprepared for surging oil prices was forecast by the Industry Taskforce for Peak Oil and Energy Security. More >>>
Posted by Unknown at 12:17 PM No comments:

White roofs can cool your homes and the planet

05 February 2010 CITIES can battle the "urban heat island" with paint. Highly reflective white roofs could cool cities by an average of 0.6 °C, according to a global simulation.

Dark city surfaces like roofs and roads absorb and radiate heat, leaving cities up to 3 °C hotter than surrounding areas. A team at the US National Center for Atmospheric Research in Boulder, Colorado, combined climate models with a simulation of how temperatures are modified by city landscapes.

They found that in a hypothetical world in which cities sported highly reflective white roofs, urban temperatures were on average 0.6 °C cooler than in cities with existing, mostly black roofing materials. In the real world, says lead author Keith Oleson, the benefits might be slightly less as rooftops get covered in dust (Geophysical Research Letters, in press). More >>>

Posted by Unknown at 9:22 AM No comments: