More worrisome: production fell 7.8%, the biggest decline in at least a decade. Bloomberg:

Production tumbled 7.8 percent after assets were seized in Venezuela, Nigerian workers went on strike and record prices triggered contract clauses that give oil-rich governments a bigger share of output.

CEO Rex Tillerson said that Exxon is spending $52 million a day looking for new fields. Crude prices may have fallen off their peak earlier this month, but if companies like Exxon continue to fail to increase production, it's likely that we'll be heading back to that peak (and beyond) very soon. Unless the global economy collapses. More >>>

Washington, July 27 2008 - Oilman T. Boone Pickens was on Capitol Hill last week advocating energy alternatives to the fossil fuels that made him rich. In testimony before a Senate panel Tuesday, the 80-year-old Pickens challenged senators and the American people to build enough wind turbines over the next 10 years to provide 20 percent of the nation’s energy and reduce oil imports by a third.

Pickens’ challenge raised some eyebrows among both the senators and energy experts, according to a report by Los Angeles Times writer Vimal Patel. The senators were a bit taken aback by the legendary oilman’s unrestrained enthusiasm for wind power. The energy experts were somewhat startled by the so-called Pickens Plan’s ambitious goal. More >>>
Posted by Unknown at 12:50 PM No comments:

Arctic Gas and Oil Bonanza, But No Energy Fix

July 24, 2008: Expect more northward trips by drilling ships like this one, the West Polaris. Demand is so high for drilling ships that builders have raised prices up to $100 million per vessel since 2007.
The U.S. Geological Survey has released the first Arctic-wide estimate of undiscovered natural gas and oil deposits and come up with huge numbers for both, at least on first glance. The region north of the Arctic Circle, the agency said, probably has a third of the world’s remaining uncharted gas and 20 percent of the remaining oil.

But as Jad Mouawad notes in The Times, if that amount of oil were extractable, it would still add up to less than three years’ worth of gasoline, heating oil and other petroleum needs at today’s consumption rate of 86 million barrels a day — and the demand for oil is rising. The gas is a much bigger deal, with Arctic-wide estimates equaling the known reserves for Russia, the world’s largest largest gas source. More >>>
Posted by Unknown at 2:45 PM No comments:

Former Vice President Al Gore called on Thursday at Constitution Hall in Washington for a shift in the nation’s energy policy.

WASHINGTON — July 18, 2008 — Former Vice President Al Gore on Thursday urged the United States to wean the nation from its entire electricity grid to carbon-free energy within 10 years, warning that drastic steps were needed to avoid a global economic and ecological cataclysm.

Like a modern Jeremiah, Mr. Gore called down thunder to justify the spending of trillions of dollars to remake the American power system, a plan fraught with technological and political challenges that goes far beyond the changes recently debated in Congress and by world leaders.

“The survival of the United States of America as we know it is at risk,” he said in a midday speech to a friendly crowd of mostly young supporters in Washington. “And even more — if more should be required — the future of human civilization is at stake.”

It is not only the survival of the United States that is at stake, it is the survival of the entire planet. The human civilization needs to re-think their priorities. We need to focus our attention on the welfare of our societies as Nelson Mandela pointed out today. We need fewer vehicles, fewer roads and more human oriented resources like tree shaded bicycle paths and freedom from exhaust emission caused smog. We need to re-think the economic premise that growth is good and focus instead on sustainability. Editor. More >>>
Posted by Unknown at 6:14 PM No comments: 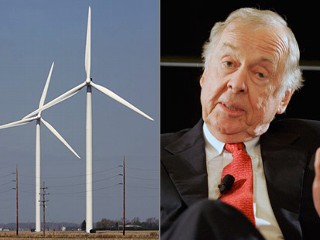 T. Boone Pickens Gets Serious About the Environment

July 16, 2008 - One of the nation's most successful oil tycoons believes the answer to the current energy crisis is just a gust away — literally. Legendary Texas oilman T. Boone Pickens, right, at a gathering of the Association for the Study of Peak Oil and Gas during Oct. 2007 in Houston.

Texas oil billionaire T. Boone Pickens is building the world's largest wind farm in Texas, where windswept, wide-open spaces are an untapped, powerful resource. "I don't see it as that complicated," said Pickens, who's been in the oil business his whole life. "The way I feel about the oil business, there's no question, we're in decline in the United States."

Political action needed to deal with reality of peak oil

July 12, 2008: When you next pull up to the gas pump, sticker shock sets in as you notice the price per litre of gasoline has jumped again.

The price of fuel, whether it's oil, natural gas or uranium seems out of control with governments unwilling to control it.
Wait a minute! Isn't Canada a net exporter of crude oil? Yes, and more than two million barrels a day is flowing into the United States, mostly from Western Canada plus a portion from Newfoundland. Why then, are Canadians paying world commodity prices for the stuff? More >>>

Posted by Unknown at 9:29 PM No comments:

Remembered more for his apocalyptic pessimism than his economics, 18th-century parson and thinker Thomas Malthus reasoned that too many people and too little food would eventually lead to rampant starvation. It didn't. Two hundred years later, the same rigid law of supply and demand is being applied to oil. There is only so much black gold left, doomsdayers say, and a fuel-starved world is looking at the bottom of the barrel.
Yet if history is any example, ingenuity can trump disaster. After all, we live in a market economy that can adjust, innovate, and progress. After Malthus's famous end-of-days scenario, necessity mothered invention: diversified agricultural techniques appeared, legislation led to cheaper food imports and the Industrial Revolution made for greater efficiencies.
More >>>
Posted by Unknown at 3:43 PM No comments:

Jeff Huggins, a Ball, a Jug of Gas, a Jar of Oil

Posted by Unknown at 4:46 PM No comments: 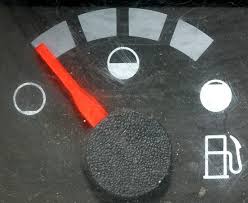 That’s the reading from the latest oil market report from the International Energy Agency, the rich-country energy watchdog. The IEA’s latest x-ray of the oil market includes plenty of disturbing nuggets.

The fact that there are no growing stockpiles of crude around the world, for example, suggests speculators aren’t behind crude’s dizzying rise this year (much to Paul Krugman’s satisfaction and Congress’ chagrin.)

And while U.S. drivers fret and worry over how to pay for the Prius, the sad truth is that it doesn’t matter: By 2015, developing country oil demand will outstrip the rich world’s. They’re already in the driver’s seat: 90% of the demand growth over the next five years will come from Asia, the Middle East, and Latin America, the IEA said. More >>>
Posted by Unknown at 9:41 PM No comments: