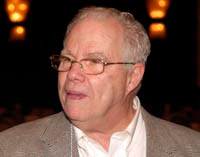 JANUARY 12 2011 Buried in the millions of words that were written about the shootings in Arizona last week was a recent poll showing that only 13 percent of the American people think favorably of the U.S. Congress.
The implication, of course, is that as 87 percent or roughly 270 million Americans harbor some level of animosity towards their elected federal representatives, the emergence of people who believe that exercising their 2nd Amendment rights is solution to the nation's woes is inevitable.

Why are so many, so mad at the Congress? The answer is simple - they have no idea what is happening to their lives. Since the beginning of the great recession way back in 2007 they have been told by two Presidents, their senior officials, 99 percent of the Congress, and most of the media that recovery was on the way and that prosperity would return shortly.

As unemployment in the U.S. grew and grew, every politician with a prayer of winning positioned him or herself as the "jobs" candidate who could and would get us all working at good high-paying jobs again. This of course has not returned and is unlikely to do so. We are not only contending with a growing debt bubble of gigantic proportions, we are also rapidly running out of the cheap, abundant energy that allowed us to be so prosperous for the last 200 years. More >>>
Posted by Unknown at 2:29 PM No comments:

Are We Running Out of Oil?

Are we running out of oil? According to the New York Times, apparently not.
The paper of record ran two articles in close proximity over the holiday week, both of which regale us with stories of how wrong all those silly "Malthusian pessimists" have been.
First, John Tierney gloated about his 2005 bet with the leading voice for peak oil theory, investorMatthew Simmons (who, sadly, died in August). Tierney wagered $5,000 that oil would not average more than $200 per barrel in 2010. It was a bet that harkened back to the famous Simon-Ehlich Wagerbetween Population Bomb author Paul Ehrlich and economist Julian Simon. Their bet began in 1980 and focused on whether the prices of five commodity metals would rise over 10 years. More >>>
Posted by Unknown at 9:48 PM No comments: