Anyone who has read any of the 50-plus books that Lester Brown has authored or co-authored (in any of the 40-odd languages into which they've been translated) might easily imagine him to be another gloomy environmentalist. At least that was the kind of person I half-expected to encounter when we met at his invitation for breakfast with Junko Edahiro earlier this month in Tokyo. Brown — whose latest book, 2011's "World on the Edge: How to Prevent Environmental and Economic Collapse," has just come out in Japanese — is president of the Washington- based Earth Policy Institute and one of the world's top environmental policy experts.

Contrary to my expectation, Brown turned out to be humorous and entertaining — as well as a visionary intimately conversant with the facts and figures to support his concerns and policy suggestions. He was especially sanguine about developments in the United States, in particular the recent campaign to close its coal-fired power plants.

"This may be the most important thing happening in the world of climate, because the U.S. is the world's largest economy, and if the largest economy stops using coal that's a huge step forward," said Brown.

In particular he was heartened that Michael Bloomberg, billionaire mayor of New York City, has made a $50-million contribution to the Sierra Club's "Beyond Coal" campaign. The Sierra organization is one of America's oldest and most influential environmental NGOs.

"When Bloomberg lays $50 million on the table and says 'Coal has got to go,' he reaches people that environmentalists can't. He's one of the most successful businessmen of his generation, so this kind of action is exciting," Brown observed.

But Brown is excited about more than just the death of coal.

"More fundamentally, carbon emissions in the U.S. are declining. They have dropped 7 percent in the last four years. That started out as a result of the economic downturn, but it's continuing. The two principal sources of carbon emissions are coal plants and burning gasoline, and we're making enormous progress on both fronts," he noted. More

Posted by Unknown at 1:28 PM No comments:

Posted by Unknown at 4:12 PM No comments:

Gasoline prices in the U.S. are off on another tear. The national average just went by $3.57 for regular and due to a little problem of several major refineries that serve the U.S.'s East Coast shutting down, here in Northern Virginia we are running 20 to 25 cents a gallon higher than normal.

The wisest of the prognosticators say we should seeing circa $4+ a gallon by late spring so the Washington area will likely be seeing circa $4.50. In case you missed it, they are already getting $5 for regular down by the Kennedy Center. Somebody in Congress is sure to notice this soon.

While waiting to see how the latest settlement of the EU's debt crisis or any of the ongoing Middle East confrontations turn out, it seems like a good time to review a few of the hundreds of announcements of new energy technology that have made in the last few months. The 800 lb. gorilla of course remains cold fusion. While little new has happened in the cold fusion story recently, scientists from around the world continue to report that Low Energy Nuclear Reactions (LENR) really do take place and can make heat. So far two companies say they have developed the technology to the point where they can safely make useful amounts of heat and are preparing to bring heat-making devices to market. Unfortunately, both of these companies, for what they say are proprietary reasons, have refused to let outside scientists examine their technology to verify that it can perform as claimed.

This situation may be changing, however, for one of these two companies, a Greece-based organization called Defkalion, say they have arranged for teams of outside investigators to come in later this week and test their device. If this series of tests by outside scientists do take place, we should at least have some sort of independent verification that these "cold fusion" devices are for real, and not a scam as many believe.

In going through the energy-related announcements of technical developments that have been made in the last few months most seem to be related to motor vehicles and other means of transportation. It is clear that the global automobile industry is going through a renaissance so that in a few years the efficiency with which our cars and trucks burn energy will see dramatic improvements. Most of the announcements concern mundane, marginal, improvements - lower weight, less drag, more efficient or different kinds of power trains - but taken together could cut the need for motor fuels dramatically. The problem of course is that there are now about a billion cars and light trucks on the world's roads that will have to be replaced in order to realize the anticipated savings - a task that will take decades. More

Posted by Unknown at 8:16 PM No comments:

Chart of the week: oil dependency

The price of Brent crude oil hit an eight-month high last week, and is currently trading at more than $120 per barrel as fears escalated that Iran, the world’s third-largest oil exporter, could cut its exports to the European Union.

How much do emerging markets depend on oil for their energy – and who wins and who loses from high oil prices? Chart of the week investigates.

CBS News - An Israeli air strike on Iran, with the intent of knocking out that country's nuclear facilities, may only speed Tehran's race to build a bomb, a nuclear policy expert told CBS News. The comments come as U.S. National Security Adviser Tom Donilon was visiting Israel to voice America's concerns over the prospect of an Israeli attack, as worry over the Islamic Republic's nuclear program mounts.

On "CBS This Morning," Joseph Cirincione, a nuclear policy expert, State Department adviser and member of the Council on Foreign Relations, said that it is uncertain whether an Israeli strike involving at least 100 aircraft would fail to stop Iran's nuclear program.

"This would be a very large and complicated and uncertain adventure," Cirincione told Charlie Rose. "They'd have to dodge a pretty stout Iran air defense network, and if they did hit the targets, as they probably could, it's uncertain whether they would do enough damage to actually do much more than delay the program for a year or so."

Cirincione seconded comments made by Gen. Martin Dempsey, the Chairman of the Joint Chiefs, that an Israeli strike would be destabilizing.

"It wouldn't be a quick end to this crisis; it would be the beginning of either a larger war or a long-scale, large-scale containment effort to try to stop Iran from what they would undoubtedly do, which would be race to build a bomb.

"And during this you would see oil prices which are already spiking probably go through the roof. Experts warn that oil could hit $200 a barrel - some even think $300 a barrel. That would have repercussions on an already fragile global economy." More

Posted by Unknown at 9:03 PM No comments:

Peak Oil (In Euro's) That Is

Can the euro zone catch a break? Not with that currency.

This past week, Brent crude oil came within sparking distance of its all-time high—priced in euros that is. On Thursday, it closed at €92.09 a barrel, just 86 euro cents below the peak hit in the halcyon summer of 2008. At Thursday’s $120.11 a barrel, Brent was still 18% below its record when priced in dollars. The euro’s dwindling purchasing power is both a result of the Continent’s financial woes and a factor tightening the screws. Worse, hot spots like Greece and Spain are particularly exposed due to a high dependence on oil imports. Geopolitics compounds this: Greece relies on Iranian oil for 30% of consumption, says Bank of America Merrill Lynch. Contrast that with the U.S., where net imports of oil have fallen significantly.

At the current dollar price, a move of less than two euro cents against the greenback would push Brent to a record when priced in the single currency. Don’t start your engines, as they might say in Athens. More

Posted by Unknown at 4:14 PM No comments:

In the past month, three major peer-reviewed journals have published articles relating to limited world oil supply:
The fact that these articles have been published is significant, because articles in the  mainstream press, such as Bloomberg’s recent article, Peak Oil Scare Fades as Shale Deepwater Wells Gush Crude, seem to suggest that our oil problems are past. While the US oil supply situation may be a little better, the world supply situation is still very bad, and oil prices are still very high around the world.
Furthermore, high oil prices tend to have a recessionary effect, and can lead to debt defaults. These issues are described in both the second and third articles above. Thus, there is a substantial chance that high oil prices are contributing to the debt default problem in Europe, and to forecast low world economic growth. 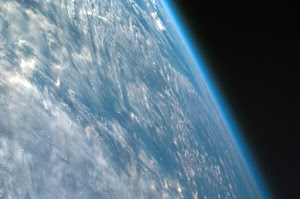 In this post, I briefly describe these articles.
In Science, Technology is Turning U. S. Oil Around But Not the World’s, by Richard A. Kerr
This article points out that even the optimistic estimates, such as BP’s recent Energy Outlook to 2030, see little growth in non-OPEC conventional oil production between now and 2030 (Figure 1).

The commission’s vote on Thursday will allow Southern Company subsidiary Georgia Power to expand operations at its plant in eastern Georgia, paving the way for the construction of two new nuclear power reactors at its Vogtle site. The last such project to be approved was in 1978.
Chairman Jaczko in his dissenting vote cited concerns stemming from Fukushima, underscoring long-standing tensions on the commission over the regulatory response to Japan’s 2011 nuclear power disaster.
“I cannot support issuing this license as if Fukushima never happened,” Jaczko said after the vote at the commission’s headquarters in Rockville, Md. Jaczko had requested a binding commitment that the Fukushima enhancements currently planned would be enacted before the facility begins operations. Southern Company refused to meet this stipulation.
In a conference call with reporters on Thursday, Tom Fanning, CEO of Southern Company, sought to minimize any differences with the chairman, promising “anything we learn from Fukushima we will bring to bear.”  More
Posted by Unknown at 4:07 PM No comments:

In a speech at the Middle East and North Africa energy conference in London yesterday, Al-Naimi — who once called renewable energy a “nightmare” — hailed energy efficiency and solar as important investments, global warming “real” and “pressing,” and explained that drilling for oil “does not create many jobs.”

“We know that pumping oil out of the ground does not create many jobs. It does not foster an entrepreneurial spirit, nor does it sharpen critical faculties.”

In the U.S., which is definitely not the Saudi Arabia of oil (that would be Saudi Arabia), there is a major industry campaign underway to convince Americans that drilling for fossil fuels will create over a million jobs in the country. However, assuming we drill virtually everywhere possible in America, credible analysis puts the real figure at a small fraction of that claim.
Even the Saudis, who pump out 12% of the world’s oil, understand that simply drilling for more oil isn’t a long-term economic strategy. More
Posted by Unknown at 12:25 PM No comments: