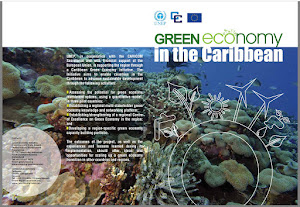 Within the Caribbean, there is a growing awareness of the need for a new economic paradigm for inclusive and sustainable development, in order to deliver solutions for the most pressing challenges which are made worse by international economic and environmental crises.

In the backdrop of the limited diversification of the countries’ economies and their dependence on natural resources, green economy offers a viable option to increase competitiveness and resilience of the region’s economies and merge prosperity and growth for all with sustainability.

"I commit my Government to working assiduously with the Social Partnership to ensure that the measures indentified in Barbados’ Green Economy Scoping Study, which can contribute to a more prosperous and environmentally sensitive Barbados, will be implemented expeditiously" said Freundel J. Stuart, Prime Minister of Barbados.

“We see a green economy not only as the area of renewable energy, but we see the green economy as a means of providing new opportunities for our people in St. Kitts,” said Earl Asim Martin, Deputy Prime Minister of St. Kitts and Nevis.

"We are also showing that it is possible to create a better, environmentally sustainable national economy without compromising our citizens’ legitimate aspirations for increased prosperity," said Bharrat Jagdeo, Former Prime Minister of Guyana

Effective green economy strategies and programmes must address barriers to change that affect the whole Caribbean region. In searching for alternatives to “business-as-usual”, emphasis should be placed on redirecting investments and creating economic incentives that lead to sustainable development and poverty eradication.

UNEP, in cooperation with the CARICOM Secretariat and with financial support of the European Union, is supporting the region through a Caribbean Green Economy Initiative.

The outcomes of project, as well as the experiences and lessons learned during its implementation should offer ideas and opportunities for scaling up green economy transition in other countries and regions especially in island states in the Pacific, Africa and elsewhere.

Please download the project flyer on green economy in the Caribbean here. 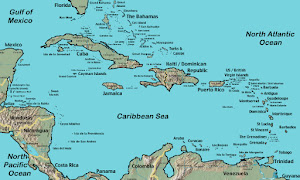 © Climate War Room
Posted by Unknown at 12:51 PM No comments:

CARICOM's Commercialization of energy efficiency programs and projects in the Caribbean.

As part of its mandate to promote resilient energy matrices region-wide, CARICOM has identified the promotion of investment into energy efficiency programs and projects as a priority action item.

On April 5th at 10.00am EST, the Caribbean Community (CARICOM) Secretariat and New Energy Events will co-host a webinar focused on new approaches to the commercialization of energy efficiency programs and projects in the Caribbean.

Despite the obvious potential for investment in energy efficiency across the Caribbean, the markets are yet to take off in any meaningful way. The unavailability of sustainable and affordable financing is widely recognized as the most significant hurdle to commercialization. The webinar will explore an emerging alignment of stakeholders around energy efficiency investments, and examine a number of innovative approaches to financing.

• How do we introduce investment in energy efficiency into the mainstream?

• How do regional utilities look at investment in EE initiatives from a long-term ROI perspective? How can we align economic incentives to motivate utilities to invest in EE?

• What can we learn from the experience of other markets and other utilities? Hawaii, for example?

• What is the Integrated Utility Service (IUS) model? What can we learn from the initial experience in Fort Collins?

• How might utility-centric EE programs align with public sector and multilateral objectives and with what implication for the financing of EE programs?

• How do we de-risk EE investment?

• What are the opportunity costs associated with the inability of the current "market will deliver" philosophy to tap the regional EE potential?

• What are the key stakeholders - utilities, utility regulators, governments, multilaterals and private investors - prepared to do in order to deliver clean, efficient, reliable and cost-effective energy services to end-users? More

© Climate War Room
Posted by Unknown at 5:04 PM No comments:

A Take-No-Prisoners World of Oil

It’s evident that we’re still on a planet where oil rules. The question increasingly is: What exactly does it rule over? After all, every barrel of oil that’s burned contributes to a fast-approaching future in which the weather grows hotter and more extreme, droughts and wildfires spread, sea levels rise precipitously, ice continues to melt away in the globe's coldest reaches, and... well, you know that story well enough by now. In the meantime, Planet Earth has a glut of oil on hand and that, it turns out, doesn’t mean -- not for the major oil companies nor even for the major oil states -- that the good times are getting ready to roll.

Of all the powers struggling with that oil glut and the plunging energy prices that have gone with it, none may be more worth watching than Saudi Arabia. While exporting its own extremists and its extreme brand of Islam from Afghanistan to Syria, and lending a decades-long hand to the destabilization of the Greater Middle East, that kingdom has itself been a paragon of stability. Nothing, however, lasts forever, and so keeping an eye on the Saudis is a must. That’s especially so since the latest version of the royal family has also made what might be called the American mistake (with the backing of the Obama administration, no less) and for the first time plunged the Saudi military directly into a typically unwinnable if brutal war in neighboring Yemen.

Combine the destabilizing and blowback effects of wars that won’t end, including the Syrian one, and of oil prices that refuse to rise significantly and, despite the kingdom’s copious money reserves, you have a formula for potential domestic unrest. Already the royals are cutting their domestic subsidies to their own population, pulling billions of dollars in aid out of Lebanon, and exploring a possible $10 billion bank loan.

As TomDispatch’s invaluable energy expert Michael Klare suggests today, when oil prices began plummeting in 2015, the Saudis launched an “oil war of attrition,” imagining that others would be devastated by it (as OPEC partners Nigeria and Venezuela already have been) but that the royals themselves would emerge triumphant.

Should the unimaginable happen, however, and should the kingdom itself begin to come unglued in a Greater Middle East that is increasingly the definition of chaos -- watch out. Tom

Energy Wars of Attrition
The Irony of Oil Abundance
By Michael T. Klare

Three and a half years ago, the International Energy Agency (IEA) triggered headlines around the world by predicting that the United States would overtake Saudi Arabia to become the world’s leading oil producer by 2020 and, together with Canada, would become a net exporter of oil around 2030. Overnight, a new strain of American energy triumphalism appeared and experts began speaking of “Saudi America,” a reinvigorated U.S.A. animated by copious streams of oil and natural gas, much of it obtained through the then-pioneering technique of hydro-fracking. “This is a real energy revolution,” the Wall Street Journal crowed in an editorial heralding the IEA pronouncement.

The most immediate effect of this “revolution,” its boosters proclaimed, would be to banish any likelihood of a “peak” in world oil production and subsequent petroleum scarcity. The peak oil theorists, who flourished in the early years of the twenty-first century, warned that global output was likely to reach its maximum attainable level in the near future, possibly as early as 2012, and then commence an irreversible decline as the major reserves of energy were tapped dry. The proponents of this outlook did not, however, foresee the coming of hydro-fracking and the exploitation of previously inaccessible reserves of oil and natural gas in underground shale formations. More

© Climate War Room
Posted by Unknown at 11:52 AM No comments: