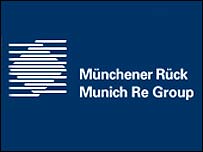 London: December 29 2008: Financial damage and loss of life caused by natural disasters made 2008 one of the most devastating years on record and showed the impact of climate change, one of the world’s biggest reinsurers said.

Munich Re said weather-related catastrophes helped to push overall losses to $200bn compared with $82bn in 2007. Insured losses of $45bn were 50 per cent more than in the previous year.This made 2008 the third most expensive year to the industry for catastrophe damage, continuing a long-term trend, the group said.

Insurance companies are increasingly concerned by the impact of climate change on risk modelling and hence on financial performance. Munich Re said the next UN climate summit, scheduled for late next year in Copenhagen,needed to “quite clearly fix the route” to halve output of greenhouse gases by 2050. More >>>

Posted by Unknown at 7:41 PM No comments:

The Peak Oil Crisis: Confusion In the Markets

24 December 2008 22:08: If you don't understand what is going on with the price of gasoline and demand for the world's oil supply, then join the club.

Analysts, pundits, government officials, oil ministers, oil executives, and oil traders are all over the board in trying to explain what is happening and more importantly what is going to happen. Some are saying that $30 oil will be with us until the economy recovers while others are talking of a spike to $200 in 2009.

We are currently finishing out an extraordinary year. For several years now, oil prices have been moving steadily higher. They passed $100 a barrel around New Year's and moved on to peak at around $147 in July. By late spring much of the world was in turmoil. Politicians were out in force, bashing speculators, environmentalists, OPEC, additions to the Strategic Petroleum Reserve and you name it. Airlines and car sales were collapsing. The President flew off to Saudi Arabia where he personally appealed to the King to send us more oil. The King held a big oil conference and promised to do what he could. More >>>
Posted by Unknown at 5:40 PM No comments:

Dec. 15, 2008 - As Environmental Protection Agency (EPA) head from 1993 to 2001, Carol Browner was perhaps "the greatest administrator [the] EPA has ever had," according to Bill Clinton's former chief of staff (and Barack Obama's current transition co-manager) John Podesta.

She brings to the role of energy "czarina" a hefty amount of experience in environmental policy-making and consulting. What appears to be causing more speculation regarding her appointment is what exactly her newly created position, officially titled Energy Coordinator, will entail. "Carol understands that our efforts to create jobs, achieve energy security and combat climate change demand integration among different agencies, cooperation between federal, state and local governments and partnership with the private sector“, President-elect Obama said at a press conference to announce her nomination. More >>>
Posted by Unknown at 6:46 PM No comments: 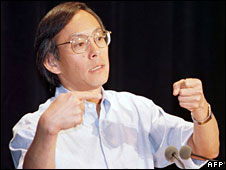 Barack Obama has named physics Nobel Prize winner Steven Chu as his energy secretary and tasked him with finding alternatives to fossil fuels.

The US president-elect said the new administration's priorities were to end US dependence on foreign oil and fight climate change. Naming his environment team, he said US energy dependence had grown even as global resources were disappearing.
Mr Obama has pledged to make big changes in environmental policies.
More >>>
Posted by Unknown at 3:17 PM No comments: 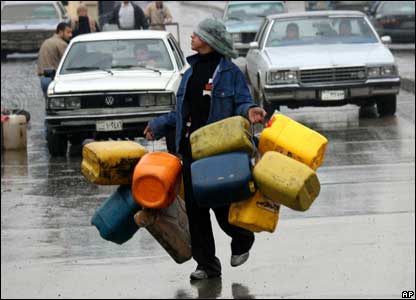 After suffering record-high oil and gas prices earlier this year, it's understandable that we see cheap gas as anything but a danger. We're in a recession. Times are tough. It's a relief that the cost of getting around and heating our homes has plummeted. It's also an economic stimulus at a time when we need all the stimulus we can get.

But before we drink deeply and relax, let's have a good look through the telescope at what lies ahead. In November, the International Energy Agency - an intergovernmental organization which advises 28 member countries - released its latest forecast. The current global economic downturn changes the numbers, the IEA concluded, but not in a way that will make a difference in the long term. Between 2006 and 2030, the IEA predicts, worldwide energy consumption will grow 45 per cent. More >>>
Posted by Unknown at 9:48 PM No comments:

LONDON (AFP) December 14, 2008 – OPEC, the cartel pumping 40 percent of world oil, is this week set to announce plans to slash output in the hope of lifting crude prices weighed down by a recession-fuelled slide in energy demand.

The Organization of Petroleum Exporting Countries on Wednesday convenes in the Mediterranean port city of Oran, Algeria, where it is widely expected to announce plans to cut its oil output quota for a third time since September.
Iran, for one, will be calling for a cut at the meeting, the ISNA news agency reported Sunday.
"Our position in the upcoming OPEC meeting in Algeria is a cut of 1.5 million to two million barrels per day in OPEC's quota output," Iranian Oil Minister Gholam Hossein Nozari was quoted as saying. More >>>
Posted by Unknown at 8:48 PM No comments:

The Tides are Turning for Alternative Energy

December 12th, 2008. Roosevelt Island resembles a simpler past. Its sole commercial drag, Main Street, is lined with a series of generic storefronts: “The Restaurant,” “Flower Shop,” “Beauty Salon” and “Hardware Store” – the last sharing its retail space with “Video Store.” So, it may come as a surprise that this two-mile sliver of land wedged between Queens and Manhattan is actually ahead of its time. Home of the first major tidal power project in the United States, Roosevelt Island represents a sustainable future. More >>>
Posted by Unknown at 1:37 PM No comments:

Thursday, 04 December 2008 - There is a growing consensus among those who follow such things, that the new high of world oil production (87.9 million barrels a day) reached last July is likely to go down in history as the all-time peak.

This is by no means a unanimous opinion.
The official government forecasting agencies, the IEA and the EIA, have devised rather bizarre scenarios that would allow oil production to ease higher for another 20 years or so. These organizations, or course, are not free agents both being bound by political strictures rather than a search for truth. While the world's governments are inching closer to public acknowledgement of peak oil, they have many diverse responsibilities such as maintaining the domestic tranquility, fighting various kinds of wars, and providing some semblance of financial stability. Clearly a sudden admission that world oil production had just entered an irreversible decline would not help with these other responsibilities. More >>>
Posted by Unknown at 12:30 PM No comments: