The gas deal announced last week saw agreement between Russia and China after 10 years of negotiation. The implications of Russia's turn eastward to seek a new energy partner should raise concerns in Europe over its own gas supply and wider energy security.

Gazprom's share of Europe's gas market reached approximately 30% in 2013. As the Ukraine crisis has soured relations between Russia and Europe, both sides are looking to diversify.

Europe's need to diversify away from Russian gas is hardly new. Russia's tendency to use gas as a political tool to put pressure on Ukraine and Europe has demonstrated the risks of relying on one partner. More globally, growing concern around climate change and its impact on national security as a "threat multiplier" has lent support to the world's reduced use of fossil fuels. Yet events in Ukraine and the Sino-Russian gas deal have accelerated the urgency with which Europe needs to seek new energy sources.

We still have some time to do so. Despite the deal with China, Russia in the short term will continue to need the European market. The 38bn cubic metres it plans to export to China is small compared to the 161.5bn cubic metres it exported to Europe in 2013. It is likely that China received some concession on price, given that this was the major sticking point delaying the deal since the discussions began, but it means that Russia's exports to China will not replace the revenue Russia relies on from its European exports. Russia will also have to pay to build the pipeline infrastructure to China, and gas will only be transported from 2018.

But there is no doubt that, in the long term, Russia gains the upper hand in pipeline politics over Europe by engaging with an alternative gas partner. It may threaten to divert gas earmarked for Europe to China. In theory, this may be an empty threat, given that even the optimum target capacity of 60bn cubic metres to China is still low compared to Russian exports to Europe. But even so, any leverage Europe had in such gas disputes with Russia will diminish. Ukraine and eastern Europe would suffer most from this decline given Ukraine's current instability. Ukraine seems unlikely to recover its political relations with Russia.

The challenge for Europe is that there is no single alternative that could fully displace Russia's supply volumes or match its price. Developing alternative sources will take time. Liquid nitrogen gas is an option available from a number of sources, namely Qatar, Nigeria and the US, but the cost of importing it will be higher than the cost of importing gas, and new infrastructure will be required to receive shipments.

Renewable energy is attractive from an energy security perspective, but it is not reliable and will not produce quantities comparable to fossil fuels. Azerbaijan and, more promisingly, Turkmenistan are options. But this will not satisfy European demand in full and is only set to come online for Europe in 2019. Shale gas is a potentially powerful alternative, but it comes with its own challenges. Governments have faced social protest against fracking at home; France and Bulgaria have banned it. Reserve estimates can turn out to be underwhelming, as seen in Poland. More

New York State is proposing a revolutionary change to how utilities operate that would move away from the 20th century business model of centralized power stations to a 21st century market-based distributed energy system that would givesolar and wind a big boost.

Last week, the Public Service Commission (PSC) released a report entitled Reforming the Energy Vision calling for sweeping changes in the regulatory structure of electricity utilities to make it easier for smaller renewable energy producers such as rooftop solar owners to feed into the grid. 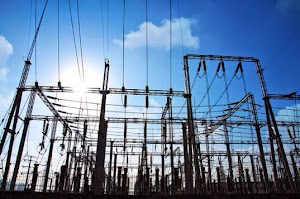 “The 21st century grid is going to have a lot more distributed resources,” Audrey Zibelman, chairman of the PSC, told Bloomberg News. “The scope is comprehensive: solar, energy efficiency, storage. Let’s make it the core to the redesign, not ancillary.”

Making the grid cleaner and more efficient via the distributed generation model dubbed “Utilities 2.0″ will help the Empire State meet its greenhouse gas emissions reduction targets and Renewable Portfolio Standard. With rising sea levels and more extreme weather from man-made global warming, independent transmitters and microgrids could prevent large-scale power outages such as the ones we saw in lower Manhattan, parts of Brooklyn and other areas during Superstorm Sandy.

The PSC is also calling for a restructuring of rate incentives to encourage renewable energy and energy efficiency. The agency is proposing regulations that extend the length of utility rate plans to as much as eight years and connect utility profits with the pursuit of long-term customer value.

“For more than 100 years, the generation and distribution of electricity in New York has been largely unchanged, but today we’re taking a giant step from the status quo and leading the way on energy modernization,” Governor Andrew Cuomo said. More

Last week Pakistan’s Prime Minister Nawaz Sharif inaugurated Pakistan’s first solar power park, which will start generating 100 megawatts of energy by the end of the year and a total of 1,000 megawatts by 2016.

The Quaid-e-Azam Solar Park project has 400,000 solar panels, with a total cost of around $131 million. When complete the plant will produce about 2.5 times the power coming from the 392 megawatt Ivanpah solar thermal plant in California’s Mojave Desert, making it one of the largest solar parks in the world.

“If you come here after one and a half years, you will see a river of solar panels, residential buildings and offices — it will be a new world,” said site engineer Muhammad Sajid, pointing towards the surrounding desert.

This is big news for a country suffering from chronic energy shortages that leave people without power for large chunks of the day on a regular basis. And then there’s the nearly half of the households that aren’t even connected to the grid,according to a World Bank study. When temperatures soar in the summer, electricity demand can fall short by around 4,000 megawatts.

At the inauguration, the prime minister said “the dearth of electricity has pushed the country backwards and its entire industry and agriculture sector have suffered immensely.”

Pakistan is one of the most vulnerable countries in the world to the impacts of climate change due to its location, population, and environmental degradation. A recent study in the journal Nature Climate Change found that people are already migrating out of the Pakistan for climate-related reasons such as flooding and heat stress, which have negative effects on agriculture and can prove very costly.

“We need energy badly and we need clean energy, this is a sustainable solution for years to come,” Imran Sikandar Baluch, head of the Bahawalpur district administration in Punjab where the plant is located, told the AFP. “Pakistan is a place where you have a lot of solar potential. In Bahawalpur, with very little rain and a lot of sunshine, it makes the project feasible and more economical.”

At a meeting shortly after the inauguration, Sharif approved expanding the project from from 10,000 acres to 15,000 acres and increasing the capacity from 1,000 megawatts to 1,500 megawatts. More

With the first ever production of synthesized "solar" jet fuel, the EU-funded SOLAR-JET project has successfully demonstrated the entire production chain for renewable kerosene obtained directly from sunlight, water and carbon dioxide, therein potentially revolutionizing the future of aviation. 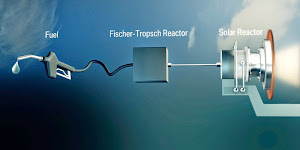 This process has also the potential to produce any other type of fuel for transport applications, such as diesel, gasoline or pure hydrogen in a more sustainable way.

"Increasing environmental and supply security issues are leading the aviation sector to seek alternative fuels which can be used interchangeably with today's jet fuel, so-called drop-in solutions," states Dr. Andreas Sizmann, the project coordinator at Bauhaus Luftfahrt. "With this first-ever proof-of-concept for 'solar' kerosene, the SOLAR-JET project has made a major step towards truly sustainable fuels with virtually unlimited feedstocks in the future.

The SOLAR-JET project demonstrated an innovative process technology using concentrated sunlight to convert carbon dioxide and water to a so-called synthesis gas (syngas). This is accomplished by means of a redox cycle with metal-oxide based materials at high temperatures. The syngas, a mixture of hydrogen and carbon monoxide, is finally converted into kerosene by using commercial Fischer-Tropsch technology.

Although the solar-driven redox cycle for syngas production is still at an early stage of development, the processing of syngas to kerosene is already being deployed by companies, including Shell, on a global scale. This combined approach has the potential to provide a secure, sustainable and scalable supply of renewable aviation fuel and more generally for transport applications. Moreover, Fischer-Tropsch derived kerosene is already approved for commercial aviation.

"This is potentially a very interesting novel pathway to liquid hydrocarbon fuels using focussed solar power," said Professor Hans Geerlings at Shell. "Although the individual steps of the process have previously been demonstrated at various scales, no attempt had been made previously to integrate the end-to-end system. We look forward to working with the project partners to drive forward research and development in the next phase of the project on such an ambitious emerging technology."

SOLAR-JET (Solar chemical reactor demonstration and Optimization for Long-term Availability of Renewable JET fuel) was launched in June 2011 and is receiving financial support from the European Union within the 7th Framework Programme for a duration of four years. In a first step, the technical feasibility of producing solar kerosene was proven. In the next phase of the project, the partners will optimise the solar reactor and assess the techno-economic potential of industrial scale implementation. The outcomes of SOLAR-JET will put Europe to the forefront of research, innovation and production of sustainable fuels directly from concentrated solar energy. More