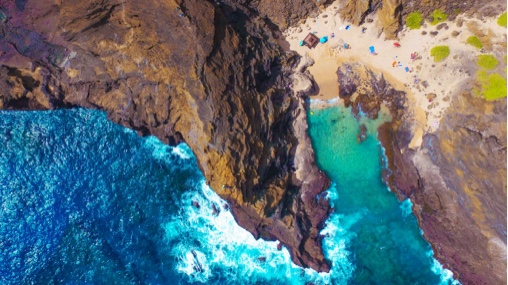 In a little less than three decades, Hawaii plans to be carbon neutral–the most ambitious climate goal in the United States. Governor David Ige signed a bill today committing to make the state fully carbon neutral by 2045, along with a second bill that will use carbon offsets to help fund planting trees throughout Hawaii. A third bill requires new building projects to consider how high sea levels will rise in their engineering decisions.

The state is especially vulnerable to climate change–sea level rise, for example, threatens to cause $19 billion in economic losses–and that’s one of the reasons that the new laws had support. “We’re on the forefront of climate change impacts,” says Scott Glenn, who leads the state’s environmental quality office. “We experience it directly and we’re a small island. People feel the trade wind days becoming less. They notice the changes in rain. They feel it getting hotter. Because we are directly exposed to this, there’s no denying it.” The state’s political leaders, he says, are “unified in acknowledging that climate change is real and that we do need to do something about it.” Read More