A massive solar power plant is to be built on a vacant runway at the airport. 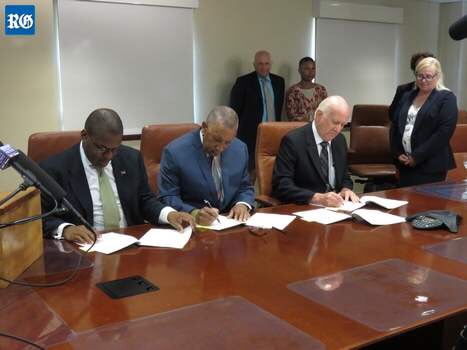 Saturn Solar Bermuda 1, a part of Canadian-based Saturn Power, will develop the six-megawatt power plant on “the finger”, a runway and munitions pier when the airport was run by the US Navy as a Naval Air Station.

The generating plant will be the first large-scale renewable energy resource on the island.

Walter Roban, the Minister of Transport and Regulatory Affairs, said: “Out of nine candidates, six being Bermudian, Saturn Power came in as the lowest bidder at 10.3 cents per kilowatt hour.